For my own gratification and relaxation, I do like reflecting, at length and repeatedly, on good times that have been had. And doing so in public makes this even better – Twitter is just not really giving me the necessary space for this … so the folder “Other Stuff” on this blog will give me the freedom to do so, even if absolutely nobody who happens upon the blog will actually find or be interested in this particular wrinkle I suspect!

A few months ago, I was lucky enough to stumble across the Black Deer Festival in Kent, 21-23 June 2019. Running for only the second time ever, having won accolades last year, it’s billed as a festival of “Country and Americana”, thereby almost certainly putting people off who are unaware of the need to omit the “Western” from the “Country”.

However, whilst for a long time giving anything remotely country a wide berth, a few years ago I by accident attended a gig at Bristol’s St George’s Americana festival (currently on again!) and became a fan of groupie proportions of a girl duo called Larkin Poe. This luckily opened me up to some roots based music played by real musicians. Thus, my emotional barriers were sufficiently torn down not to recoil when Black Deer popped up on my Google search – a music event to which I could take a special somebody for a long and exhilarating weekend was needed, and I went for it.

It was an unexpected, exciting and chilled experience – so much so that I booked my super early bird 2020 tickets already! No drugged up, staggering, glitter encrusted teenagers, but equally also no line dancing, thigh slapping, Western-clad cowboys. Just genuine country music lovers of all ages and all genres, having a fabulous time. Clean toilets with toilet paper lasting the whole festival, unheard of! Lovely spacious live-ins field (where we stayed in our trusted van), and the campsites looked entirely civilised, too. I will plan my June wedding to keep that date free, I kid you not. You can look it all up on the festival website, and on its twitter feed #blackdeer2019. Thus, all I will do here is introduce my top acts for people to sample (without having researched them, ie raw impressions!):

A huge surprise, the unorthodox and energetic approach of FN to his preacher like set had me bowled over from the first minute. A roots-based mix of blue grass sounds as a base, but hugely overlaid with soul, hip-hop and funk (is it?), a total foot stomping, sing along without the lyrics kind of experience. Works well away from the live setting, too. Listen to: Plastic Hamburgers.

A pretty unique live performance, with the two-men band (drums and slide guitar; both on vocals) essentially shouting and drumming down the mics like obsessive maniacs, but very skillfully. A vague reminder of Royal Blood, maybe best described by the lay person as dark, fast and heavy blues punk? Listen to: Lost My Mind.

A total pro on the slide guitar, so good I went to watch him twice. His acoustic set was as good as his band set when an ace base player and drummer were thrown in for the second gig of the weekend. Listen to: Blues At My Window.

Feel good funky-tonk and full on tunes, with a Texan twang. A set that had the whole tent dancing and screaming for more. Listen to: Paid By The Mile.

I regret only catching their final song “Revelator”, Ethan Johns with the Black Eyed Dogs was incredible. The most epic narrative spanning a whole range of emotions, with the fiddle and Etan’s guitar leading, just incredible. Listen to: I am Just Waiting For My Time.

Now, this is a weird pair, frankly. He is obviously super talented, singing in a distinct voice and playing the guitar. She is more muse like in a passive, whispering in his ear, woman of the 50s kind of way, bashing away at the beat with a percussion shaker all the while. Just weird. The resulting sound however is extraordinary and at the same time easy to listen to. I reckon, watch this space. They will be successful. Listen to: Reaching.

Re-united with my favourite musicians, attending the songwriter session they shared with Paul Cauthen, Billy Bragg and Worry Dolls (below). These run once a day during the festival and line up four different musicians to provide some insight in a more intimate atmosphere in the Supajam tent. They play songs, talk about their background and inspiration, and interact/jam with each other. Rebecca and Megan were on top form, luckily having been reunited with the guitars BA lost for their previous gig in Cornwall. Worry Dolls felt a little intimidated …  Listen to: Beach Blonde Bottle Blues.

A little timid, but impressive new comers with a dreamy, thoughtful sound. Guitar and banjo, and much duetting, with lovely skilful tunes.  Listen to: Bless Your Heart.

On Sunday morning, we chilled first watching, then dancing with, The Powerhouse Gospel Choir in the Live Fire Field where the BBQ demonstrations take place. Free waffle, pork and maple syrup breakfast was served, and after 90 minutes of relentless Good News (as in Gospel), we all felt elevated, soothed and ready for another day of fab music.

Now or Never – Put Our Region on the LegalTech Map!

This is some good news. Medtronic to share ventilator designs https://t.co/cicdBLxPWb via @rte 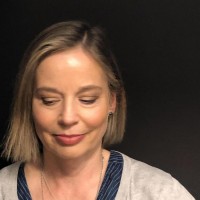 I am into innovation and enterprise generally, but particularly in the legal services sector, both as regards the Business of Law as well as Access to Justice. I studied Law in Germany and was a corporate solicitor in the City and in Bristol before I changed my job to Law Academic and LegalTech Lead for the University of The West of England in Bristol. I am now joining the West of England Combined Authority developing and heading up its Innovation and Sector Development Service pursuant to the Local Industrial Strategy. This gives me further scope to strengthen the region's innovation eco system, and this will of course also continue to include legal services innovation. I am co-founder of Bristol+Bath LegalTech, connecting and collaborating with law firms, not for profit organisations, entrepreneurs, individuals and techies. I somehow also find time to spend with my partner, teenage kids and neurotic spaniel, to kayak and swim outdoors, to hike and camp, and to attend music gigs and festivals. And I frequently head over to Germany to see my family there. It's busy!